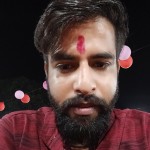 Kolkata Knight Riders 2021 | Full Squad, Auction, Schedule, Match Ticket:- So far, the Kolkata Knight Riders have made their name in the IPL Trophy 2 times, beating Chennai Super Kings by 5 wickets at the MA Chidambaram Stadium for the first time in 2012, that they beat everyone by giving a good performance in 2014 – in the final. Reaching Kings XI Punjab by 3 wickets at M Chinnaswamy Stadium, won the trophy.

Kolkata Knight Riders did not perform well in the 2020 ipl match, but the team has gained tremendous popularity as it is counted in a team that has the ability to convert a losing match into a win.

Last season in the 2020 IPL match the KKR team performed very below the level due to which it was ranked 5th – but there are all kinds of players in the team headed by Eoin Morgan – KKR 2021 Name of the player list. Does Andre Russell only come to know whether he is included in the KKR team this time?

Is it a dare? Is it a game? ⚽#ToofaniFans, what do you think is happening here? 😉#KKR #Cricket pic.twitter.com/dMXmkwwen3

Because he had a bang with his bat last season, there are players like Nitish Rana – Shubhaman Gill – Sunil Narain – Eoin Morgan – when it comes to bowling, Cummins – Lockie Ferguson – Shivam Mavi, – Kamlesh Nagerkoti – Sunil Narain are strong players. Who has the ability to change the attitude of the match with both ball and bat Kolkata Knight Rider 2021 player list is very strong this time, the team’s eyes will be set on joining the playoffs again?

The team included him with a huge amount of Rs 15.50 crore. Kolkata Knight Rider team in 2021 on the second most expensive player Eoin Morgan was included in his team for Rs 5.25 crores – overall this time the team does not want to be lacking in its team in any way.

2021 Kolkata Knight Riders team has once again expressed confidence in Eoin Morgan, BCCI has released the IPL 2021 match schedule. In the 14th edition of the Indian Premier League, the team’s intention will be not only to attract everyone with its superior game but also to complete the trio by winning the trophy.