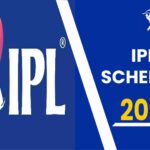 This time there will be a lot of changes in IPL 2022, the world’s biggest cricket league – The last two editions of IPL were held in UAE due to the poor condition of Covid in India

According to the BCCI, this time all the matches of IPL 2022 will be played in India, and at the same time, it has been decided to go into Ipl 2022 with 10 teams. Two new teams from Ahmedabad and Lucknow have joined it.

IPL 2022 is going to be very special because this time a total of 10 teams will take part in it. According to the IPL 2022 schedule list, the number of matches will increase from 60 to 74 with the addition of new teams in 2022.

This match will last for a total of 60 days. In the first week of June, the final of IPL 2022 will most probably take place. However, all the teams will have to play 14-14 matches as before.

Under Dhoni’s leadership, Chennai Super Kings won the title of IPL 2021, so being the defending champion, he would get a chance in the opening match. The last match of the league stage is likely to be between KKR and Rajasthan Royals.

After this, there may be an eliminator on May 30, this match is also coming to the fore to be played in Mumbai itself. The second qualifier of ipl 2022 can be played in Chennai on June 1.

Chennai will likely host the finals of IPL 2022 after the selection of the qualifying teams on June 3. Also on the same day, we will get the new champion of IPL.

All you IPL lovers are requested to bookmark this website and our team keeps giving every information related to IPL 2022.